Yesterday, a young racist attacked a supermarket in Buffalo, New York, shooting thirteen people in a targeted attack on an African American community.

Ben Collins, a reporter covering domestic extremism and disinformation for NBC News, has published an assessment of the accused Buffalo terrorist’s manifesto. (As a matter of principle, I will not name the accused terrorist or directly address his manifesto here.) The attack is part of a string of white-power terror attacks around the world and in the United States since 2018. But it has a couple of specific elements worth noting. According to Collins, the attack appears to be related to high school education in at least two ways.

First, the accused terrorist, who is now eighteen years old, “claims that he was radicalized on 4chan”—a known breeding ground for Internet extremists, including the earliest participants in the QAnon hoax—“while he was ‘bored’ at the beginning of the coronavirus pandemic in early 2020.” Presumably, that would be the period when his high school was closed for in-person instruction.

Second, the accused terrorist “claims ‘critical race theory,’ a recent right-wing talking point that has come to generally encompass teaching about race in school, is part of a Jewish plot, and a reason to justify mass killings of Jews.”

Assuming the manifesto is authentic, as it appears to be, this is how paranoia and political lies spill over.

Xenophobia, treated as a useful tool and amusing plaything by cynical politicians and media personalities, finds new targets, over and over again. That’s its job. But people who know better will continue finding excuses for it.

This week, I finished a podcast called The Trojan Horse Affair. It’s published by Serial Productions, which is now owned by the New York Times. In eight episodes, released together on February 3, it details the effort of two podcast journalists to find out who created a hoax that shocked the United Kingdom in 2014.

The hosts are Brian Reed, a This American Life producer best known as the host of the controversial 2017 podcast S-Town, and Hamza Syed, a former medical doctor who introduced Reed to the story and began reporting on it for a graduate-school project.

Syed is a Muslim from Birmingham, England. The hoax was a partial letter that had purported to detail an Islamic plot—risibly dubbed “Operation Trojan Horse”—to take over Birmingham schools from the inside and indoctrinate children as extremists.

Although the Times of London, among other press outlets, had recognized the letter immediately as a likely “crude” forgery, the British government had used it as a basis for a major inquisition in Birmingham schools, a campaign to ban several Muslim educators from their life’s work, and permanent changes in British counterterrorism law. So the hoax has deeply affected people like Syed.

Now that it’s available, the Trojan Horse Affair podcast may be instructive for Americans watching today’s “education wars” play out in the United States.

END_OF_DOCUMENT_TOKEN_TO_BE_REPLACED

I posed a question here almost two years ago: Do humanities teachers know how to deradicalize their students? I was responding to reports about an alleged neo-Nazi terrorist who had received an expensive liberal arts education. (A New York magazine profile subsequently labeled him “the prep-school Nazi.” It also showed, however, that his involvement in the far right probably began only several years after he left college.)

I argued that the evidence for education’s effectiveness in combating extremism is, at best, mixed. We cannot assume education reliably prevents or reverses radicalization. However, this doesn’t mean education has no role to play in the deradicalization process. As I wrote a year ago, “People have to be given the tools to challenge and rebuild their own beliefs.” Thus, the question I was raising was really this: Do humanities teachers know what practices will give students those tools?

This month, I have been revisiting a 2018 book that shows, as a case study, why the answer is complicated. Deradicalization, this book suggests, simultaneously is and is not about education.

At the end of a year when American educators came under fierce attack for their efforts to fight racism, thinking clearly about this paradox seems more important than ever. So let’s talk about this book.

END_OF_DOCUMENT_TOKEN_TO_BE_REPLACED

A few years ago there was a shining moment in that struggle [I and others have been waging in America]. It seemed as if there was a real promise of hope for the poor, both black and white, through the poverty program. There were experiments, hopes, new beginnings. Then came the buildup in Vietnam, and I watched this program broken and eviscerated as if it were some idle political plaything on a society gone mad on war. …

As I have walked among the desperate, rejected, and angry young men, I have told them that Molotov cocktails and rifles would not solve their problems. I have tried to offer them my deepest compassion while maintaining my conviction that social change comes most meaningfully through nonviolent action. But they asked, and rightly so, ‘What about Vietnam?’ They asked if our own nation wasn’t using massive doses of violence to solve its problems, to bring about the changes it wanted. …

Now it should be incandescently clear that no one who has any concern for the integrity and life of America today can ignore the present war. If America’s soul becomes totally poisoned, part of the autopsy must read ‘Vietnam.’ It can never be saved so long as it destroys the deepest hopes of men the world over. So it is that those of us who are yet determined that ‘America will be’ are led down the path of protest and dissent, working for the health of our land. …

If we do not act, we shall surely be dragged down the long, dark, and shameful corridors of time reserved for those who possess power without compassion, might without morality, and strength without sight.

For context, see Christina Knight, “Martin Luther King’s Most Controversial Speech.” A recording of the address, which was given at Riverside Church in New York, may be heard here: 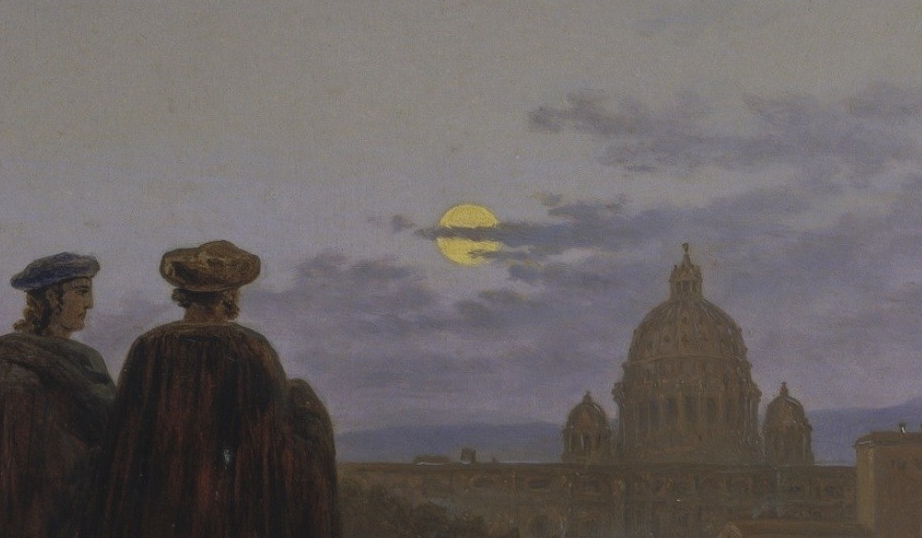 This week, the Guardian and the BBC claimed to have uncovered the identity of an apparent neo-Nazi who may be responsible for some recent alleged terrorist plots inside the United States.

For my purposes, what’s most interesting is the Philadelphia Inquirer‘s report that this man attended an elite boys-only Catholic preparatory school (which “offers a traditional college-preparatory liberal arts curriculum to help the young man develop the knowledge, skills, integrity, and sensitivity that distinguishes a self-renewing educated person“). Then he went on to study philosophy at Villanova University, another Catholic institution near Philadelphia. He apparently attended Villanova for three years and left without graduating, though a lot of things about his background are unclear.

I have no independent information about this story, and I’m approaching it with caution. Some aspects of the reporting are confusing and raise the possibility that things aren’t what they seem. However, other aspects of this story seem stereotypically consistent with other recent stories about the extreme right—including the man’s background in the humanities.

That’s what I want to focus on.