It should be said, first of all, that description is itself a political act. … Writers and politicians are natural rivals. Both groups try to make the world in their own images; they fight for the same territory.

Last weekend, in my response to Land of Hope: An Invitation to the Great American Story, I focused on what I think Wilfred McClay got wrong about teaching U.S. history. I wrote that McClay’s version of an American nation-narrative lacks “a sense of real stakes, of divergent possibilities, of the weight of choices and conflicts in their own moments” because it shies away from conflict.

Land of Hope does not want its major American protagonists to have been disastrously, avoidably, mulishly wrong—they can have been badly mistaken, but they must have meant well. It apparently wants history’s apparent losers to have been inevitable victims, doomed by forces beyond anyone’s control or by paradoxes with no way out, rather than to have been acted upon by other people who made choices that could have been made differently, choices against which the oppressed protested and fought at the time. And it does not want national reform to have come through vicious struggles for power.

That last desire, I think, helps explain Wilfred McClay’s strident criticism of the “1619 Project” in other venues, despite the deeply patriotic and humane spirit it shows. The 1619 Project asserted not that America is irredeemably corrupt, as some of its critics seem to think it did, but that everything good about America has come through struggle—specifically, struggle by people who don’t play a very active role in Land of Hope. “Without the idealistic, strenuous and patriotic efforts of black Americans,” Nikole Hannah-Jones wrote, “our democracy today would most likely look very different—it might not be a democracy at all.” That is a contingency Land of Hope cannot seem to face.

The fear of contingency thwarts Land of Hope’s stated purpose of giving students an inspiring and coherent national narrative. Stories without meaningful conflict, without the possibility of different outcomes, are lifeless to everyone except perhaps those who identify most strongly with the actual outcomes. Worse, they are also ahistorical, in the sense that most academically trained historians believe contingency is a core concept of their discipline.

Yet I strongly sympathize with McClay’s goal of producing a student-friendly history of the United States that not only holds together as a story, but also provokes sustained reflection on normative American civic values. I often have been critical of academic training in history that does not teach instructors how to build narratives in the classroom.

I would even say that McClay’s narrative voice is often a voice I recognize in myself. We are both unabashed moralists, at the end of the day, committed to the idea that studying American history can make people better citizens. And frankly, I am quite conservative in temperament; there’s something in the book’s temperature, as it were, that I find comfortable—an inclination to be patient with flawed institutions, perhaps, and a conviction that it is as important to shore up valuable aspects of existing American life as it is to fight for reform.

So what is my alternative to McClay’s approach? How do I think a “great American story” can be told better? How, in fact, do I try to tell such a story in the classroom?

END_OF_DOCUMENT_TOKEN_TO_BE_REPLACED 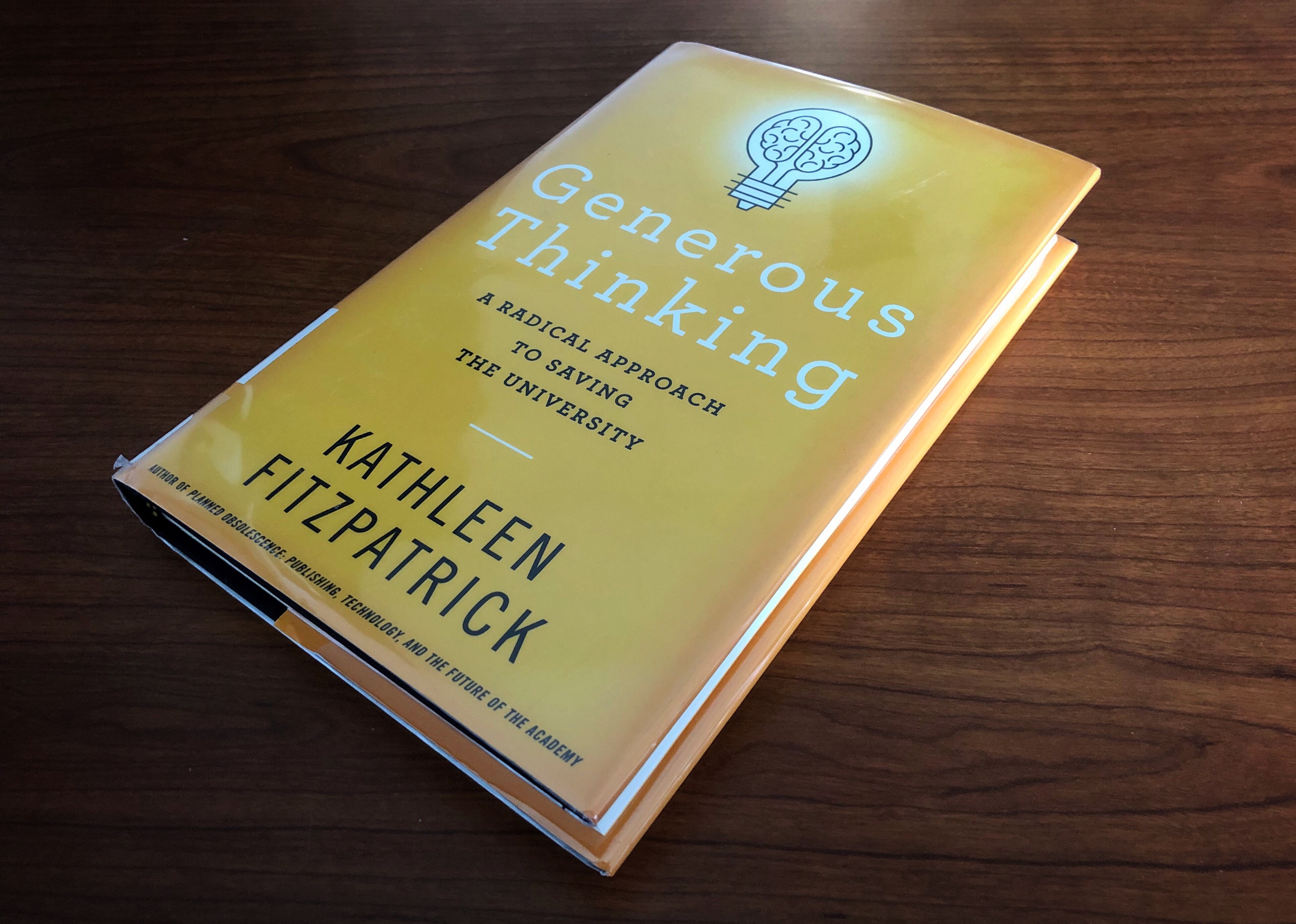 How might we begin to understand the function of scholarship in dialogue with reading-in-general? And how might that understanding begin to shape a more productive relationship between the academy and the broader public?

A first step in this process could involve thinking about the kinds of work that we regularly do in our classrooms, especially in early undergraduate courses—not thinking about that work in order to change it, but rather thinking about it in order to understand how the engagements we foster in the classroom and the positions we develop and embrace as instructors might point the way to potential connections with the publics around us. Much of our effort in those scenes of reading instruction has to do with making what feels obvious instead appear strange, asking our students to step back from something that seems familiar or transparent and instead look at it obliquely. … In order to encourage this interest in perspective, however, we need to begin from rather than reject readers’ immediate experiences of the text, even where they seem to us sentimental or superficial. … Rather than setting aside emotional responses in favor of critical distance, the more fruitful approach is to dig into such responses, to figure out how they are produced and what kinds of work they do. …

Books engage and enrich the reader; they do things for people rather than for the world of texts or the cultures they move in. Acknowledging that perspective might encourage us, in the words of Clara Claiborne Park, to consider the ways ‘we would teach literature if we were in fact convinced that what we were doing could make a person different.’ And … this potential applies not just to the transformation of the lives of individual readers, but to the transformation of communities: if we could think about the ways that reading affects the building and sustenance of community, we might be encouraged to step outside of the literary or scholarly marketplace of ideas, and instead focus a bit on the more collective economies that structure much artistic and educational exchange.