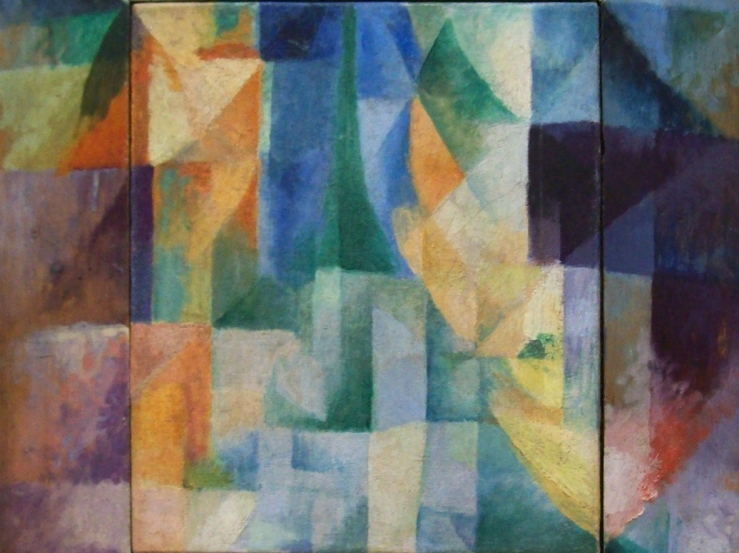 In the Chronicle Review, Patrick Iber has an essay called “History in an Age of Fake News.” I think it describes an excellent approach to teaching history. Overall, it’s concerned with how to respond to contemporary attacks on the expertise of historians. How, Iber asks, can historians justify their work as something that is politically potent—carrying urgent implications for public policy and social debates—but also grounded in, or at least undertaken in pursuit of, objective facts? How can we show that good history is different from partisan historical hackery?

Just beneath the surface, though, Iber’s essay also raises questions about how far good historical thinking can go toward producing (not just interrogating) our political commitments. I sense some ambivalence on that score, and I’d like to talk about it here.

First, I really like Iber’s take on the implicit politics of the historical profession. He argues that there’s a sort of self-doubt inherent in the historical enterprise, and therefore a “soft liberalism” among professional historians as a whole. He says this transcends scholars’ individual political commitments:

To think historically is also to see things from multiple perspectives; it is a necessary skill to think through the actions of others. When we look into the past, we see that people held views that were compatible with the way they lived. We see that their outlook on the world was a product of their time, their position within society, and their character. What seemed right and what seemed wrong to them had a great deal to do with their time in history, the society in which they lived, and the kind of power they had, or did not have. Historical thinking demands that we recognize that the same is surely true of us. Our present will soon become someone else’s past, and nothing puts us outside the influence of the social forces of our own time. We too will one day be judged as flawed, and as products of our own time, just as we now see those who lived in past decades, centuries, and millennia.

The study of history often imparts a kind of humility about what actions will produce the kinds of social changes that might be judged desirable. That humility, along with the ability to grasp the logic used by even those we find disagreeable, is why historical thinking, as the scholar Nils Gilman put it, tends to ‘sand off the rough edges of ideology.’

These professional commitments and habits do make a kind of soft liberalism the modal politics of the profession, even as a range of views, from right to left, can be found in most departments. Seeing oneself as a part of history tends to be equalizing: It exposes the radical contingency of your own existence, which usually results in taking the humanity of others as seriously as your own.

That, of course, raises the question of how historians can be radically humble and open while also standing by the knowledge they produce when it comes under attack—especially by people who do not share any of that humility. Here I think Iber concedes a bit too much to the elusive ideal of objectivity, in that he apparently allows a dichotomy between accuracy and political bias:

Nevertheless, we can’t allow politicized attacks on the profession to define our posture when we speak in public. Sometimes journalists are pressured to report ‘both sides’ of a conflict, without trying to sift their way to the truth. That is not how historians can, or should, act. Truths can be complex, but we cannot descend to the point at which ‘describing things as they occurred, with evidence’ is considered politically biased. We have a professional obligation to portray, as best as we are able, things as they are or were.

I think I would put that a bit differently. The struggle is not to preserve or assert the existence of a political-bias-free core to our histories. The struggle is to show that, although every observer has political biases (partialities, prejudices, predispositions, tendencies), even the most biased people can, by committing to factuality and fairness and rigorous research as well, tell the truth more reliably than people in similar circumstances who do not share these commitments. It’s not a lack of bias that makes an account truthful, but its relationship to other dispositions beyond bias.

I don’t know how historians can make a public case for that except by modeling it for people. For most professional historians, in the long run, there are probably only two ways to do that: by writing good opinionated history for a wide audience, and by teaching in opinionated yet fair ways.

Now, when he writes about teaching, Iber describes a method I endorse completely. Here again, though, I have a quibble with the underlying theory:

In classrooms, we have a slightly different set of responsibilities. We will have students who span the political spectrum, and those who are apolitical or undecided. It is our job and our responsibility to teach them all, at a time when they may have trouble agreeing with one another or even conversing across these lines of difference. One way to breach these walls is to explain that we see ideas and ideologies as historically produced. …

To demonstrate that historical methods are frequently counterpropagandistic, we should present the documents that have led us to our conclusions. Classes should become more like labs, with students constructing knowledge out of the raw materials of primary documents. But we can’t imagine that brute empiricism will always be persuasive, because the historical record may provide challenges to personal and political identities that will be hard to overcome. As best as we can, we should strive to be clearer than ever about the ways that remembering (and forgetting) are put in the service of contemporary politics.

My quibble—and it’s possible that I’m simply overreading Iber here—is that I don’t think “brute empiricism” is ever really a thing. Nobody’s political views, or views about anything, ever derive from simply absorbing facts. They derive from what Iber, earlier in the essay, calls myths—”powerful stories that guide our understanding of the world,” which transcend the details of any specific factual case.

Which leaves me with the nagging question I referred to at the beginning: Can good history, produced and taught in the open and fair way Iber describes, help create those political commitments? Can it be a legitimate part of a person’s political “myth-building”? Or is history’s only legitimate function a negative one, calling myths into question?

I could be wrong, but I think Iber himself may be unsure what to think about this question. He implies that our necessary political myths are both empirical and biased, and that this creates a conundrum for the historian: “As these myths are made out of the raw material of historical events, they depend on remembering, but also on forgetting. Yet, as Eric Hobsbawm wrote, the historian’s business ‘is to remember what others forget.'”

I don’t think this really works, to be honest. Historians are, at the end of the day, narrators and arguers. However much we may disguise the fact, we are telling stories about cause and effect, about people’s lives over time, about choices, about the emergence of new phenomena, about all kinds of change, and about why they matter. And narration and argumentation always involve omission—”forgetting,” at least temporarily—as well as inclusion. Otherwise no book would ever end.

In other words, I think historians are myth-makers in the sense that Iber uses the term, and I think any explanation of how we are also committed truth-tellers has to account for this aspect of the work.

I find the solution to this problem in the historian’s role as a committed humanist: We believe that perspectives are multiple and partial, but we also believe that there is something that all human beings have in common and can recognize in each other, and we believe it should induce moral commitments in us, however tentative and flawed. Our choices as narrators and arguers flow from this ontology (and from the subsidiary commitments we have developed around it over time through dialogue with others’ work).

That is not an account of history that really lends itself to refuting charges of “political bias” when they come from people who are committed to hatred, oppression, or exclusion. Its legitimacy can only be demonstrated through doing history well, and thus inducing the kinds of humane moral commitments that make the work of fair truth-telling valuable in the first place.