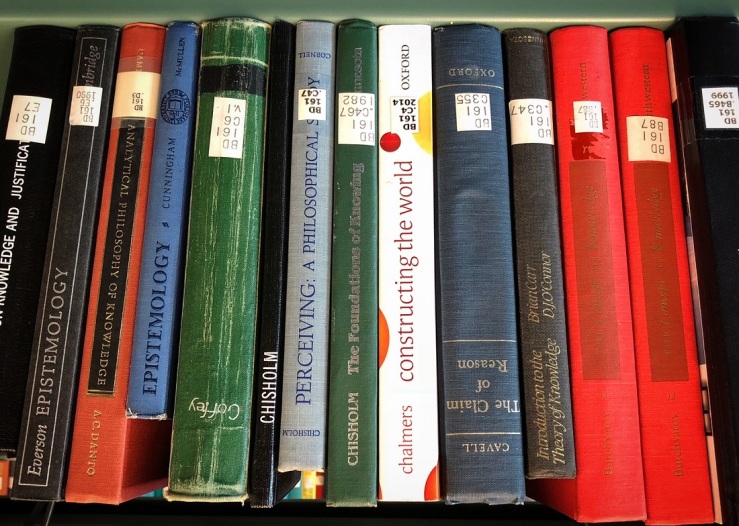 Ask undergraduate students about the reasons for college, and you’ll probably get a mix of answers heavy in “to get a good job” and “to learn.” Ask academics and policy makers, and the answers will include “critical thinking skills.” And if you ask what makes a college education unique, critical thinking may top the list.

The truly distinctive goal of higher education, however, rarely gets much discussion.

I believe we are actually trying to get our students to acquire—and understand the value of—what I’ll call provisional collective best thinking practices. PCBTP are not the same thing as critical thinking. Superficially, in fact, these two modes of reasoning are opposed to each other. On a deeper level, though, I suspect a lot of academics who speak vaguely in favor of critical thinking actually have PCBTP in mind. In any case, I’m afraid many educators are very bad at explaining the relationship.

The difference comes out most clearly when scholars argue with non-scholars about controversial issues related to contemporary politics and culture—say, the origins of the American Civil War, or the human causes of climate change. Very often, it’s academics who seem to be urging conformity of opinion in these conversations. You’ll see them use formulations like “scientists overwhelmingly agree”—expressions designed to trigger agreement without a lot of personal investigation.

The irony is not lost upon critical thinkers beyond the academy.

The unfortunate fact is that critical thinking per se is a quality most strongly characteristic of autodidacts and outsiders, not graduates of selective high schools or universities. It thrives on the margins of authority and power. The academy does provide a lot of specialized tools for being better critical thinkers, and it fosters critical thinking in specific areas of life that many students had left unexamined. So on the whole, academic training is good for a would-be critical thinker. But as a general frame of mind, critical thinking is not what the academy is best at.

Aware of this, many of the academy’s critics foment reactionary populist paranoia: College, in their eyes, is a place of totalitarian thought-policing, a place where people who manage to think for themselves are mocked, excluded, or punished by a professionalized elite.

They often say this, of course, in the defense of their own orthodoxies—an irony not lost upon the scholars they attack. (But pointing this out just creates a stalemate, since very few people, inside or outside the academy, are actually original thinkers.)

Let’s be realistic. Most of the time, in most institutions, both the notion that the academy is a free-for-all of critical thinking and the notion that it’s a re-education camp for the politically incorrect are myths. This is not to deny that ideological abuses of power do happen, nor that many students have rational awakenings in college, but neither is a realistic description of most people’s experiences in practice. And I don’t think they’re good descriptions of the academy’s behavior in theory either.

So what kind of thinking does the academy promote when it’s doing its job especially well? (For simplicity, let’s stick close to undergraduate applications.)

The key to provisional collective best thinking practices is that knowledge means something special to scholars, including successful college students. For scholarly purposes—and I believe this is true across disciplines—professional knowledge consists not simply of true beliefs, but of true beliefs reached in a valid way. And validity is judged not by the individual, but by a community of scholars in an ongoing conversation.

Here’s where things get truly scary: For rigorous scholarly purposes, knowledge includes in its implicit definition the possibility that it might ultimately be proven false. That’s the “ongoing conversation” part. The only thing that scholars, as such, know for sure (however certain they may feel) is that their knowledge hasn’t been discredited by valid scholarship yet.

The academy’s critics often use this fact to argue that academia should be open to highly unorthodox opinions. If knowledge is ultimately just a process of reasoning, then who’s to say that one intelligent person’s reasoning is less correct than another’s? There should be room for “ideological diversity.” (Alternatively, they may attack the academy for supposedly taking that very view, accusing it of complete relativism. This tack is especially popular among people, including other academics, who snipe at humanities disciplines.)

Despite these attacks, most scholars, across all kinds of disciplines, intuitively understand that validity in conversation is crucial to academic reasoning. Yes, scholars must have a great deal of freedom to experiment with different ideas, including dangerous or bizarre ideas, but the academy doesn’t have to reward them for it indiscriminately. Recognition by other scholars—not necessarily that your ideas are correct, but at least that your method of reaching them is plausible—should be crucial to your professional success as a scholar.

What does this mean in a typical undergraduate classroom? The details vary by discipline. In general, it means that we do need to teach that certain ideas (or certain acceptable ranges of ideas) are “true” in an academic sense—as far as we know now, according to the best available evidence so far—because we have worked them out in a collective process of examination. We teach truths that are provisional but have been reached through the collective best thinking.

As for thinking skills—well, I think we want them to pick up the habit of looking to a whole scholarly conversation for insight before charging off to pursue their own ideas. We want them to adopt the specific PCBTP of our various disciplines so that if they do challenge the orthodoxies of a field, they do it in a way we can theoretically recognize as valid too. That way, they can advance knowledge for the institution, community, and society rather than within the bleak walls of their own idiosyncratic heads.

The bottom line is this: We need to teach students that they do not think alone. They may reach the truth by questioning what other scholars believe. They may even have to go outside the academy to do it. But they need to learn how to stay grounded in a dialogue with other people as they do it. That is what sets a good college education apart from autodidacticism.

Ultimately, the mark of truly well-educated (as opposed to well-trained or well-spoken) people is their grasp of the way knowledge is collectively created, and the way reason itself is socially constituted—through institutions, dialogues, disciplines, and other shared practices, some (but by no means all) of which the academy itself embodies.