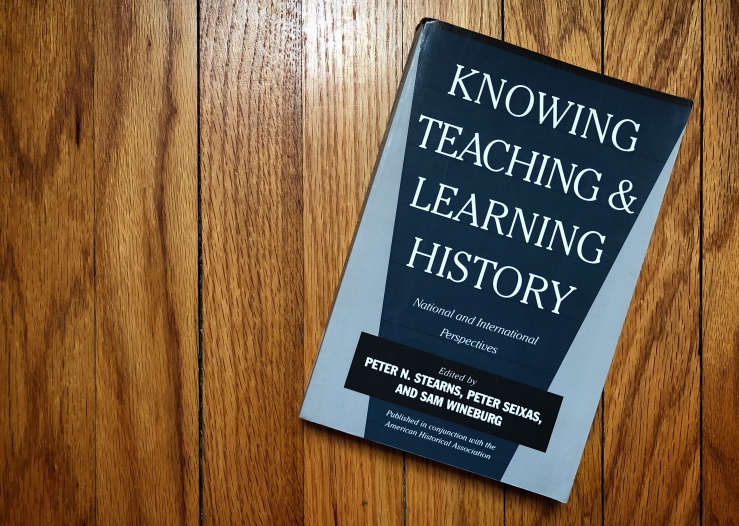 One side in the battle says that history instruction has become relativistic and impressionistic, discarding coherent narratives for fragmented particular stories. People who take this side believe that history is in danger of losing public support as an integrating force in civic life, and that students have a tenuous grasp of fundamental facts.

The other side says that traditional narratives depict nationalism, white supremacy, patriarchy, and economic inequality as the natural order of things. People who take this side believe that historians must encourage students to think of history primarily as a critical process. A reliance on unified traditional narratives, they think, tends to perpetuate injustice. And the traditional canon of facts is largely a collection of facts about wealthy white men—what about the facts students should know about other people?

The picture I have just drawn is too stark. Most academically trained history instructors I know actually have a foot in each camp. As a matter of theory, too, both camps make a point that could be valid, and I suspect most well-trained history teachers take the point. But we tend to think one camp’s complaint has been exploited to nefarious ends more than the other’s.

But here’s where I think the battle could be more useful to the profession than it typically is: It should lead us to think about how students construct or question the larger narrative frameworks that they necessarily rely upon to make sense of critical history.

A widely cited book chapter by Denis Shemilt, a British secondary education official, illuminates the problem. In “The Caliph’s Coin: The Currency of Narrative Frameworks in History Teaching,” Shemilt describes the history student’s reliance on larger narratives this way:

Imagine a child who has never seen a movie or a play. Show this child the trailer for a movie: a set of disconnected ten-second clips. The child might learn the sequence of clips, but the trailer as a whole will mean nothing. Lacking the concept of a movie, the child will not be able to conceive what the clips might mean. This is how some adolescents seem to construe the history they learn; the problem is not so much failure to understand bits of content in isolation as failure to conceive of event-space in ways that allow them to construe each part in relation to the whole and the whole as more than the sum of its parts. (87)

But of course, by the time they reach adulthood, most students do know in broad terms what the “movie” of history is like—or rather, they think they do. They have received, through both explicit instruction and cultural absorption, at least the bare outline of a larger narrative, which is usually both traditional (nationalistic, patriarchal, ethnocentric, etc.) and teleological. Shemilt suggests that typical critical approaches to history teaching in the classroom may leave that implicit grand narrative untouched:

It is possible that the contrast between the ways in which teachers present history at the lesson level (to be researched, debated, and argued) and at the curriculum level (to be accepted as an unquestioned and unproblematic sequence of topics and themes) leads pupils to construe the big picture very differently from the little pictures. Truffle-hunting in lessons is a thorny and uncertain enterprise, but the parachutist’s perspective in the history curriculum is just how it is! (88)

Shemilt uses another analogy that I find compelling: History students are likely to think like students in a physics classroom. On a small scale, the outcome of a scholarly investigation is uncertain to them until they witness it, but they have unyielding faith that there are predictable natural forces determining the result. It is likely, then, that small-scale exercises in critical history do nothing to change students’ habits of thinking about the past as a whole. They accept categories and periodizations as facts of nature; they assume the inevitability of events; they cannot distinguish between “history” and “the past.”

That means traditional narratives are likely to emerge completely unscathed even from highly critical classrooms. Students can easily fit all our smaller-scale interventions into the hegemonic story, or else dismiss them as anomalous and tendentious.

For educators who wish to teach students a better approach to large-scale history, Shemilt proposes a “highly speculative” four-level model of historical narrative understanding. I’m going to present his list along with my loose interpretation of each item:

That last one can take an especially long time for students to grasp; it eludes many entirely. But Shemilt sums up the stakes for good narrative teaching:

[U]nless and until people are able to locate present knowledge, questions, and concerns within narrative frameworks that link past with past and past with present in ways that are valid and meaningful, coherent, and flexible, the uses that are made of history will range from the impoverished to the pernicious. (99)

I think history instructors of all kinds should take Shemilt’s warning to heart. There can be no avoiding of narrative frameworks in a history education. The question is how to train students to become more sophisticated in their narrative intuitions.