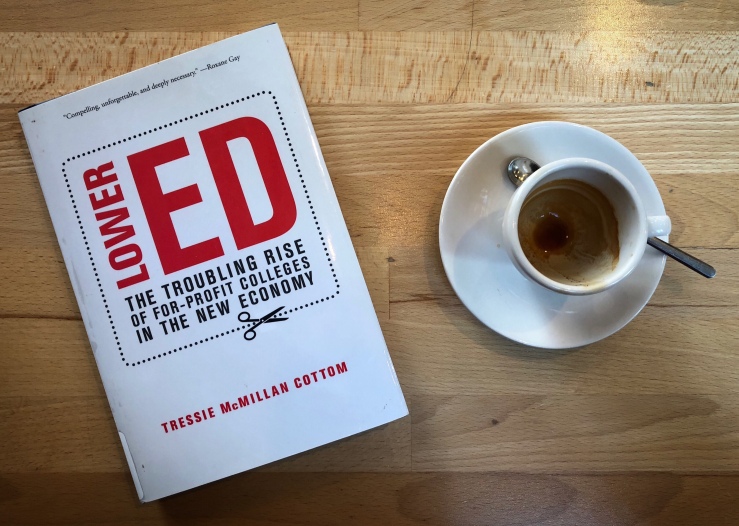 For the students I have talked to, a credential mostly meant insurance against precisely the kind of cultural assumptions that the knowledge economy wants: a worker who embraces and embodies a new type of social contract. The students I spoke with wanted the credentials so that they could keep the promised social contract of the post-industrial economy—the contract of guaranteed employment, dignified work, and health and retirement benefits. Capitalists see credentials as evidence that workers have eschewed those old-economy expectations for the new-economy realities. It is a setup for collision that dovetails with flexible, accessible credentials that can be financed when the labor market eventually and inevitably sends aspirational workers back for more training.

The problem of information asymmetry, wherein prospective students are provided the information to make rational decisions about enrolling in a college, assumes that there is a rational educational choice that can be made. Given the character of the new economy, one that by definition is risky and highly variable, for millions of people that simply isn’t true.